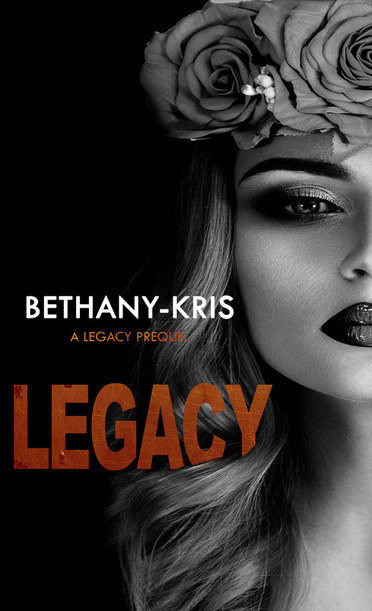 Johnathan
I am looking forward to reading especially his story. Hopefully author this time will respect Mafia culture enough, cause so far she didn't really put the real facts there.

Catherine
Here you can see what I am talking about. Capo dei capi's daughter is dealing? Nope, doesn't matter if her mother did, because of her father she couldn't have done that.

Andino
Boss? While I really liked Giovanni, not the one in his book, but the one introduced to us in all the other books in this stories, I don't think this should have given to his son. I thought it was going to be John. And let's be honest, it should have been, since Lucian was supposed to be the Don's son and not Dante. Senior Johnathan was supposed to be the Don not Antony, so I liked that in Dante's book it was mentioned that Johnathan was going to be his successor. It kind of would have ben fair to The Sr. Johnathan and Lucian, even though the latest never wanted to be a Don, but his father surely did, or he would have stayed with his mother, and wouldn't have thought about keeping a mistress.

Lucia
I like her so far, let's see where will this go. 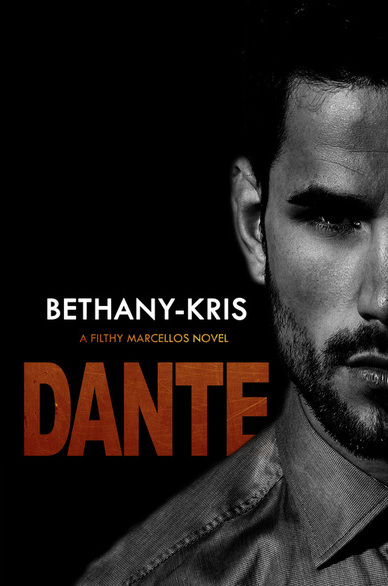 “People like us, we’re not supposed to feel. We don’t get attached. It ruins us. Together, we’ll be the perfect pair. Together, we have nothing to lose.”

It was fun but I still was disappointed. I couldn't make myself to like Cat, I really don't know why she was fine after all, but I couldn't like her, something in her was pushing me away, and I guess that's why I didn't like the book itself.

“Feelings weren’t a part of the deal and I am sorry.”
“Dante—”
“I’m sorry because I love you.”

Second, future Dons actually, just Don's sons as well can't not marry outsiders. Yeah she was Italian, but she was not part of the mafia, so i couldn't see them as a good match. But even without it, she kind of annoyed me at times. However, Dante always surprised me in this book.

Moreover, I didn't like him bringing her to Commission, not because she was a female, no, she was not part of it. If he wanted to present her to them, he could have arranged a meeting before or after the commission. Moreover, she was disrespectful, polishing her nails? For real? That doesn't show power that shows arrogance, which is not power. Anyway, didn't like it much.

Overall, I am happy that the series are over, since it never met my expectations. And I was anticipating so much from this family. 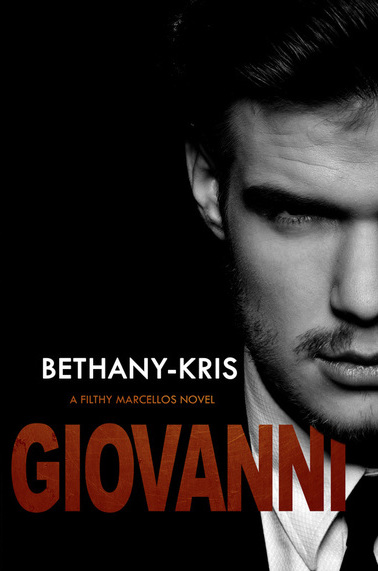 “Because if I believe I have the right to take away a man’s life, then I should give him the respect of watching it as it goes.”

I don't know what I didn't like more, the fact that Giovanni, was not the Giovanny that we saw in the previous two books, and that he was molded into something average, while he wasn't and he was presented uniquely in the other books, or that cultural values were ignored all over again.

“I love you and you don’t even care, Tesoro. About me, you don’t. I keep thinking it’s there for us, and it’s been the only damn thing keeping me here, but you don’t care a bit.”
“Loving you is going to kill me, Gio.”

Females, especially Bosses' daughters, know everything, even the Omertà, so Kim being one of the Bosses' daughter, and not knowing much about it was a BS. Same what is up with girls and living in the dorms. I don't believe they are allowed to have so much freedom actually.

“I do want us,” Kim whispered against his cheek.
“I’m going to give you us,” he promised.”

It was hard to believe that she came from Mafia, and that she was going to become one of the Don's daughter-in-law. I didn't like her throwing herself at him, having sex and saying this was a mistake bye. I can't count how many times she said it.

Antony of course didn't disappoint. I was happy to see the Marcellos at the end, especially Dante. He was so vulnerable, it made me sad kind of. However, I still didn't get into it, which was unexpected cause I was waiting for Giovanni's the most, it should have been the most exciting not the most disappointing. 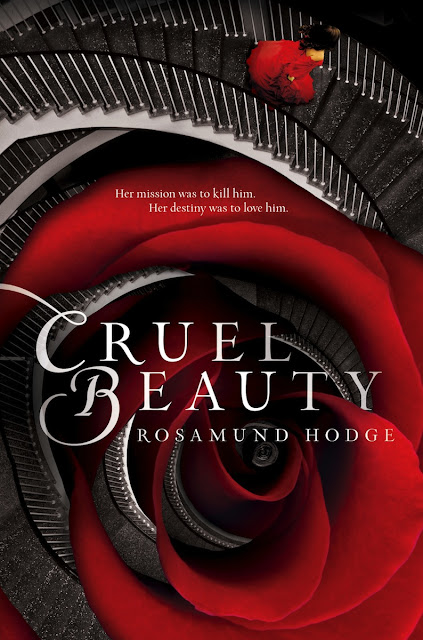 “We’ll both be foolish,” I said, “and vicious and cruel. We will never be safe with each other.”
“Don’t try too hard to be cheerful.” His fingers threaded through mine.
“But we’ll pretend we know how to love.” I smiled at him. “And someday we’ll learn.”

I liked this book, actually, it was nothing like blurb says and nothing like the Beauty and the Beast story. And even though it says that there is mythology, there is so little of it there, that you might say there is not that as well.

“Duty is bitter to taste but sweet to drink.”

I liked the characters. Nyx was strong, but she was so bitter inside, being a straightforward person, it annoyed me when she didn't express her true feelings instead acted like she was an ignorant girl.

“Though mountains melt and oceans burn,
The gifts of love shall still return.”

Ignfex, he was something. I liked him, he was kind of like Hades, well how I imagine him, or maybe Hermes. He was manipulative, yes, but he wasn't the villain, he was actually kind. I think he just didn't found the right person to show it. However I really liked how he said what he thought without ay shame.

I didn't like Shade, he was creepy, and I could see right through him. Actually I didn't suspected, no, I was SURE who he really was. It wasn't a twist or a surprise for me. And I couldn't believe how stupid Nyx was not nothing it herself cause it was obvious. And I really didn't like with chatting with him on Ignifex, even though she was forced to marry him, he was her husband.

“I do like a wife with a little malice in her heart.”

The events were interesting. I liked how author filled all the in betweens. I liked that characters were fighting together against the most dangerous demons, the they clearly saw what should have been done, and put their hatred aside.

“You’re a demon,” I said, staring at the ground.
“Most likely.”
“I know what you’ve done.”
“The exciting parts, anyway.”
“And I still don’t know your name.” My hands trembled as I undid my belt, then started to unclasp the brooches. It seemed forever since that first day when I had ripped my bodice open so easily. “But I know you’re my husband.”
The dress slid down to land on the ground about my feet. Ignifex touched my cheek very gently, as if I was a bird that might be startled into flight. Finally I met his eyes.
“And,” I said. “I suppose I do love you.”
Then he pulled me into his arms.
“I still might kill you,” I told him, much later.
He traced a finger along my skin. “Who wouldn’t?”

And well, they fell in love. This part happened slowly but at the same time suddenly. I saw it coming of course, but the events from this pointed were kind of rushed. it felt like author wanted to say something but she was so excited that she wrote so much but at the same time nothing, you know when you have so much to say but words never do you justice, well from this point to the end it kind of felt like it.

That the demon who ruled all our world was mine.

Overall, I liked it, I am glad I finally read it, cause it was interesting.
I am just grateful that they somehow managed to get their Happily Ever After. 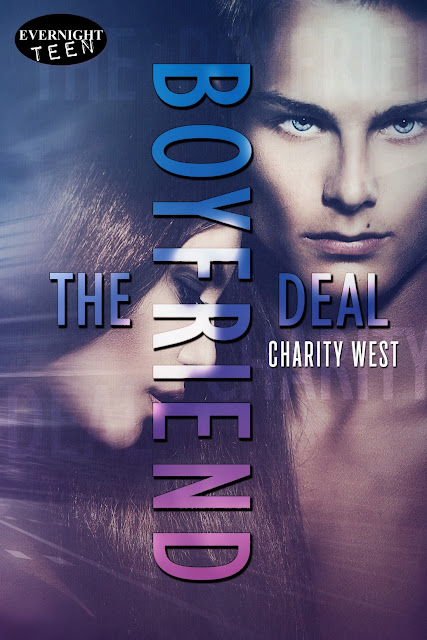 The Boyfriend Deal by Charity West

“I was ready to give up and throw in the towel, but then I realized, if you weren’t giving up on me then maybe I shouldn’t either.”

I am so disappointed. The characters, especially the main female character, the plot were so boring.
The beginning was actually fun. But since the second chapter it shot straight downward.

“Hadley, I know that the world just became a much scarier place for you. I get that, I really do. But if you’ll let me, I’ll help you. If you can’t manage school, I’ll come see you every day when it lets out. If you can’t go to college, I’ll help you find something you can do. As long as we’re together, I don’t care where we go.”

Yeah, sorry, but I hated it, it was awful. 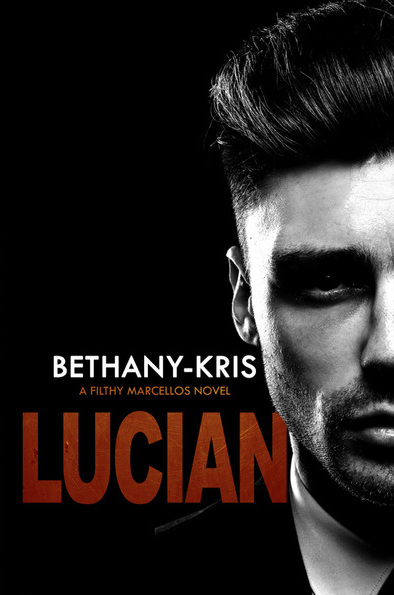 The kiss is to love what lightning is to thunder.

I am disappointed, while I really liked Jordyn, and Lucian, the Don's son, a Capo, is not allowed to marry an outsider, plus, non-Italian. There are some rules that shouldn't have been changed.
As a true Mafia book fan, and even outside of Mafia, you can research all this and find, that even nowadays these rules are not changeable.

Except that part, other parts were ok, I can' say I really enjoyed it, but the book and the story itself were ok. I was glad to finally see what "The Marcello way" that I saw so many times in The Chicago Wars, actually meant. How close the brother were, and how Italian the family was. However, I am still disappointed with breaking this core values if this culture. “My job as their mother isn’t to judge them, it’s to love and support them.”

I really enjoyed this book, since the unwritten rules of mafia world, was mostly saved in this one.
I know that this books was published later, but since I started the series when it was fully finished and published, I though I should start from this one. And I didn't regret it. I liked all the three of them and Cecilia of course. I knew that John was going to die, but I was saddened. Antony was an asshole to him to be honest, and he regretted it later, and while he adopted Lucian and raised him as his own, I don't forgive him for John.

It was an interesting read, definitely, and I am glad that the cultural values were somewhat saved in this one.

Protect Her: Part Three
by Ivy Sinclair
(Source: I received a digital copy of this book for free for an honest review. Thanks to NetGalley and Shadow Creek Press.) “I’m not good at any of this.” “Any of what?” I felt a sudden longing deep inside of me. I wanted to be conne...

Protect Her: Part Two
by Ivy Sinclair
(Source: I received a digital copy of this book for free for an honest review. Thanks to NetGalley and Shadow Creek Press.) "Paige! Paige! Are you with me?" Of course, I was with him. I would always be with him. Oh this one was goo...

Protect Her: Part One
by Ivy Sinclair
(Source: I received a digital copy of this book for free for an honest review. Thanks to NetGalley and Shadow Creek Press.) Demons were crawling all over Calamata Island for the first time in a decade. Somebody had to make sure that ...

Kissed
by Cassandra Clare
I'm not a M&M fan really, but these boys will drive me crazy!!! I loved this extra, loved to know ho actually they started to date, how Alec took the courage to do what he wanted, let himself feel freely what he felt, and how such an old...

How Willa Got Her Groove Back
by Emily McKay
tagged: to-read

A is for Abstinence
by Kelly Oram
tagged: to-read